A Short Walk In the Kepler Mountains

Between the 9th and 14th of January I went on a trip up the Iris Burn Valley and back to Te Anau by the tops.

There were considerable difficulties to surmount and it was not clear until well into the fifth day of the trip that we would make it. We were out a day late.

I learned a lot about alpine route finding and risk mitigation from Stanley and Gavin. We all returned tired from the effort. I also learned not to underestimate the Waiau. It is the most satisfying trip I have been on. Thanks a million gentlemen.

My now well used 45l empty pack performed extremely well, even with all the extra gear we needed to carry. It feels ready now. 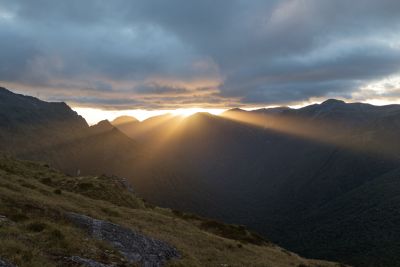